"I am not a very active person in terms of sports, social media and so on. But I am kind of creative, I think."

During the school years, Baglana actively studied English, Japanese, and Arabic. Choosing the wrong profession in her college years, Baglana studied finances and gave up her interest in learning new languages and communicating with foreigners.

At 25 she realized that she’s not living her best life. The wave of changes began when she started thinking about finding a new purpose in her life. After spending 10 years working in a bank, one day she decided to quit her job and search for a more meaningful pursuit.

"First of all, I wanted to find my calling, my profession, that will give me pleasure my whole life. I wanted to travel around the world and visit Lapland. Also, I dreamed to swim with dolphins."

Still not knowing what she was good at, Baglana planned to spend 2019 living and studying abroad. It was then that she learned about World Life Experience, an international social project, based in Portugal, that helps young volunteers travel around the globe for a year and explore 20 different cultures and learn new skills while helping NGOs. Here, Baglana’s plans have changed.

"I was inspired to apply because of the project's kindness and sincerity and I expected to make new friends, become part of a new family, help others with all my best, open up to the world, and maybe find my calling."

The first time Baglana applied in 2017, she got rejected because of her lack of English proficiency. She watched a whole year for the first edition. After improving her English, she tried again for the second edition a year later.

But not everything was a piece of cake on her journey. She was to pass 5 stages before she could participate in the project and at the 4th stage, Renderforest came to help!

"I needed to make a self video-presentation for the 4th stage. I was given about 15 days to accomplish this task. I spent a whole week looking for an idea of how I could make a video that would stand out. Since I was still working at that time, I had absolutely no time to make it. Neither I nor those around me had experience in video creation. Everything came to my mind was boring. I tried to make a video at home on a smartphone and edit it online but it was awful. What I said to the camera was not audible and the lighting also was bad."

Time was running out and Baglana desperately thought she would fail the 4th stage’s competition because the video wasn’t a success.

The organizers of the project expected something vivid and impressive. She started looking for video editing applications when suddenly she stumbled upon Renderforest.

"After reading the Russian translation, I realized that this was exactly what I needed. The site was very easy to understand, bright and free. I deleted my home video, and started creating a new video on your platform."

She tried to create something that is not too long to bore the audience and is not too short to miss the necessary information.

"People don’t want to spend a lot of time reading, because they are always in a hurry. In order to make them remember what they see, we need to give them something brighter and more impressive than text. With Renderforest I could make a video that isn’t boring and communicates a great deal of useful information in a short period of time."

She spent a whole night creating the video most of the time trying to choose the best template to use.

"Most of all I like cartoons. When I decided to create a video, I knew I was going to choose animated scenes over the usual ones. They make people smile. I used Character Adventures Toolkit because I found out it has all the necessary scenes to build my story with. My choice fell on this video template because its pleasant illustrations and the accompanying music was what I need to grab the attention of the jury."

For Baglana, creating a video was not only enjoyable but also very easy.

"Everything is very clear and easily accessible. Even probably children can create something. It was so exciting and interesting that even at work I could not get off the process."

"I really like creating stuff, like the video presentation I created with Renderforest. At that time there was no voice over feature, so I had to record the voice through other application. Now, as you’ve integrated that feature as well, Renderforest’s become even better."

A few days later, Baglana excitedly sent the video to the organizers. Since there were a lot of participants from around the world, and she was participating in such a project for the first time, she didn’t have an idea of what the videos of other participants will look like. With the fear of overwhelmingly strong competition, she handed over the video.

What turned out was that Baglana not only passed the 4th stage but her video was the jury’s favorite presentation among hundreds and hundreds of other applications. 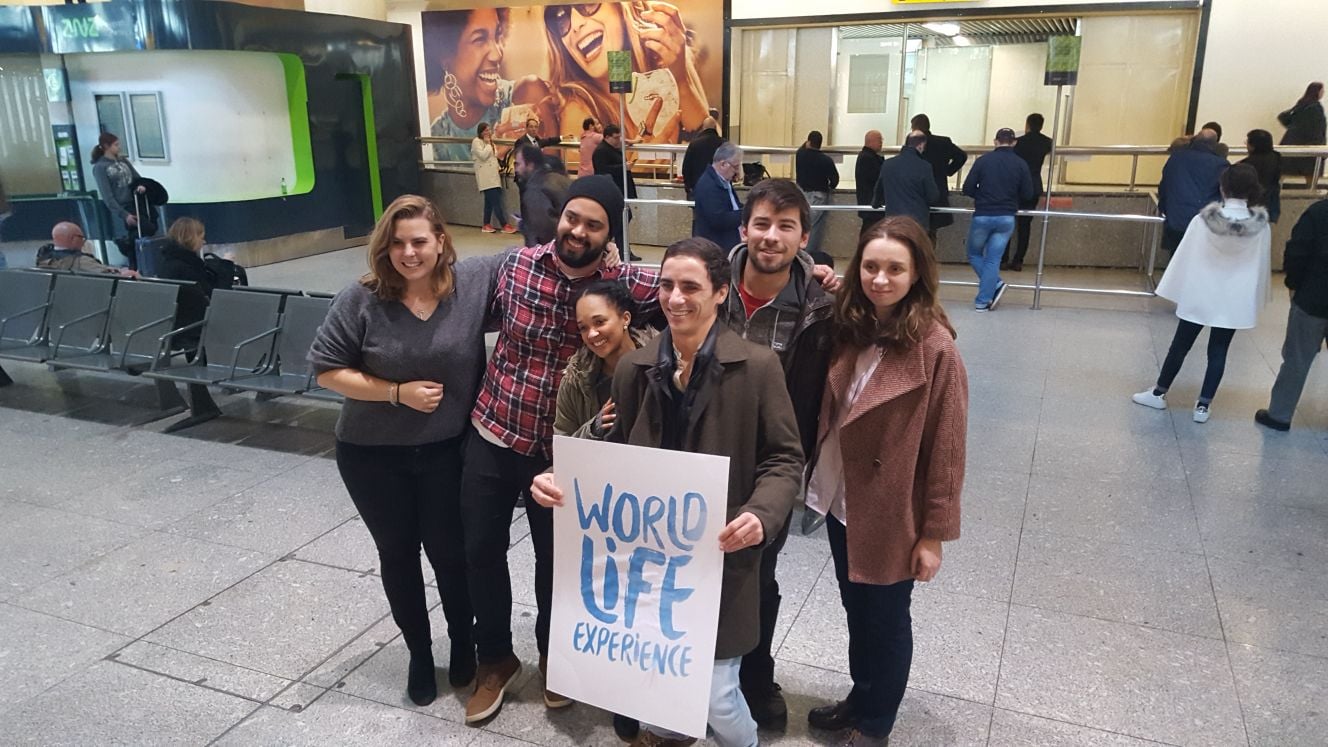 This is how work done with pleasure and love becomes the best one.

"One of the judges personally congratulated me, having written that they hadn’t had such a video format yet and marked it as the most favorite one so far."

The rest is as clear as day. Baglana’s dream came true and she was among the participants of the second edition of the World Life Experience 2019.

"This is a unique project that fulfills the dreams of many people."

Now she has a new goal: to go abroad and expand her horizons, and maybe swim with dolphins.

"It doesn’t matter how, maybe I’ll be a volunteer or study, but I need something more than I have now. As soon as I do this, I hope my dreams will become goals and I will be able to achieve them."