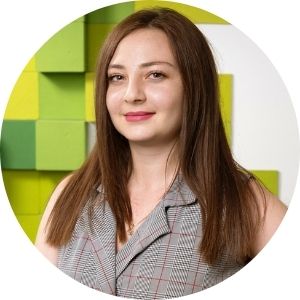 Nowadays, people are trying to automate all the possible services and activities. You can build websites, even if you know nothing about coding. You can make videos and animations without any professional skills. If you need a logo, why hire a designer when you can do it yourself?

When it comes to logo makers, things can get a little bit complicated, especially for beginners. There are so many things to consider while designing a logo: logo font, icons, tagline, colors, logo type, etc. And of course, one of the key components is typography.

As an average user, how do you choose what font to use? You scroll the list of the available fonts, try the ones that look good and then keep the one that you like the most. For your logo, the same principle will definitely not work.

In this article, you will get acquainted with the fundamentals of font styles, how to choose the right font for your logo, and will find the best logo fonts with real examples.

The Fundamentals of Typography

What is typography? It is the technique of making the written language legible, clear, and engaging, in other words – effective written communication. It includes the right choice of typefaces, line height, line spacing, and letter spacing. This term also describes the style, arrangement, and forms of the letters, numbers, and other symbols.

In this computer age when everything is digitalized, typography is taken to a whole new level. This is mostly related to typography principles and best practices. Now, the process of designing and creating typefaces is simplified. Besides, they’ve become more accessible.

But, the sad truth is that people use the term “fonts” without knowing that in reality, they are “typefaces”. Fonts are the different weights of a typeface, while the typeface is the collection of letters that have certain common shapes and patterns. But, many people use these terms interchangeably. 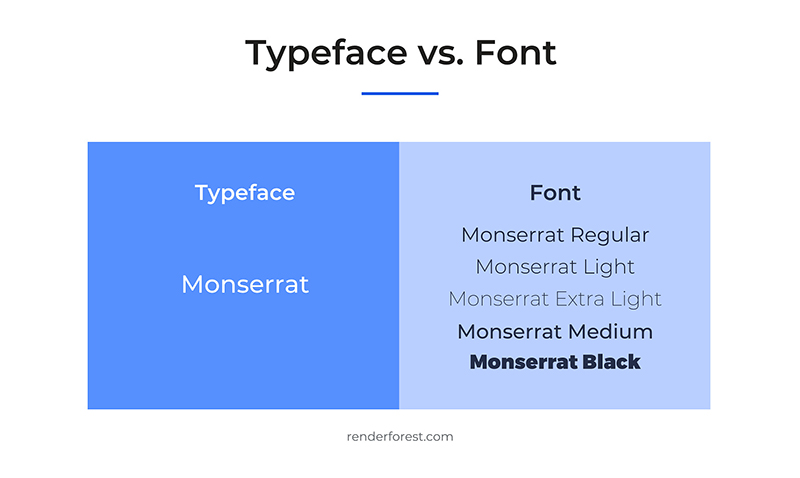 Now, let’s go through some of the basic typography terms.

First of all, you need to know that typefaces have 4 main categories: serif, sans-serif, scripts, and decorative. These categories, in their turns, have many subcategories such as old-style serif, slab serif, humanist, handwriting, etc. For example, Baltica is a typeface from the serif category and display serif subcategory.

As we’ve mentioned above, the letters of different typefaces have shapes and patterns. And, each letter consists of different parts which have their special terms.

Hierarchy is an important element of typography. When we look at articles, banners, advertisements, and other types of content, we can see that some words and phrases are more emphasized and stand out from the others. This is achieved by using different font weights, styles, or sizes.

Another commonly used term is type/font family which describes the different variants of a single typeface such as bold, regular, light, etc.

As a beginner, you need to know the basics of typography to learn how to choose a font, create a hierarchy, and combine the fonts the right way.

How to Choose the Right Logo Font

Choosing the right logo font is especially hard for beginners. To help you do it more skillfully, we’ve prepared some tips from the professionals.

So, here are the things you need to consider while choosing a font:

How many fonts should you use in a logo? Try to keep the number of fonts to a minimum, 1-3 fonts per logo. This will make your logo design look more professional and clear.

Now as you know what to look for while picking a font, we’ll present some characteristics of the main typeface categories. Depending on your brand personality and attributes, you can choose fonts from a certain category.

Here are the 4 major font categories:

Serif fonts are considered classic fonts and are usually very legible especially in print materials. The letters in Serif category fonts have small lines at the end of vertical and horizontal strokes which are called serifs.

The serif fonts are associated with tradition, safety, reliability, history, and authority. So, if your brand has similar values, you can select a font from this category.

The name itself perfectly describes this category: the letters don’t have serifs and are composed of simple lines. Another distinguishing feature is that these fonts don’t have a thick/thin transition in strokes.

The Sans-serif category has clean and modern typefaces. These fonts are commonly used on the web because they are modern, fresh, elegant, and clean.

Some of the popular sans-serif fonts include Arial, Helvetica, Roboto, Proxima Nova, Avenir, and Calibri.

Script fonts have style and personality. The letters in these fonts are connected with strokes and they appear to be written by hand.

This category can be used both for formal and casual texts. These fonts are described as elegant, graceful, playful, and feminine. The only shortcoming is that they can be difficult to read.

Some of the popular script fonts are Pacifico, Lobster, Rochester, and French Script.

The function of Decorative fonts is to make the texts more distinctive and visible, so they are rarely used for long texts and paragraphs.

These fonts are very original and creative. Thus, they can be used to convey specific messages, moods, and emotions.

Some of the popular decorative fonts include Ad lib, Allegro, Broadway, and Forte.

These were the main characteristics of the major font categories. This is clear enough for beginners to understand what types of fonts are typical to their brands.

You may have already noticed that Serif and Sans-serif fonts are more suitable for logos than Script and Decorative fonts when used with icons. So, use these tips and characteristics to find the perfect font for your logo.

Classic fonts are commonly used in logos. Why are they considered classic? Because they never get old and are always trendy. Even non-professionals can easily recognize these fonts because they are widely used. Let’s go through some of them.

Helvetica is a classic sans-serif font, which was designed in the late 50s. It has a simple look and has been popular since the 60s. It’s a trademarked font which can be found on Macs and Adobe products. Those who are looking for alternatives and similar fonts can use Arial, Avenir, Geneva, Verdana, and many other fonts that are very close in style.

Times New Roman is the favorite font of the print industry. It’s used in many newspapers, books, and print materials. Originally, it was designed for “The Times” newspaper in the 30s, but it’s still widely used. It’s a serif font and is known for its readability.

Futura is a sans-serif font which is designed in the late 20s. It’s considered classic and is still used nowadays because of the unique geometric shapes. For those who want to get a similar look, there are some free alternatives such as Didact Gothic, Questrial, Montserrat, Hind, etc.

The Garamond fonts were originally inspired by Claude Garamond’s punch cuts. Today, there are many variations of this font created by different people. The most commonly used one is Adobe Garamond designed by Robert Slimbach. This font is mostly used for its unique style and readability.

Myriad is a sans-serif font that was created for Adobe. Later, it has been used as a corporate font by other companies, such as Apple. One of the main characteristics of this font is that it’s highly optimized for the web and has many variations.

Rockwell is a slab serif font. It appears in different variations which makes it suitable for both print materials and for the web, especially logo creation, short texts, and headlines.

Baskerville is a serif font, which is considered a transitional font. The main characteristic is the increased contrast between thick and thin strokes. It was widely used in books and other long-form texts due to its ability to add weight to texts and readability.

Akzidenz-Grotesk is a sans-serif font, which was originally used for print materials, tickets, and forms. It is characterized by simplicity, technical and modern looks.

Do you like the styles and looks of these fonts? The classic fonts are the most reliable ones. If you’re not sure what font to choose for your logo, pick one of the classic fonts above or their alternatives if they perfectly characterize your brand.

What color is best for your logo?

Fonts can make or break your logo design. Based on your brand personality, you can choose more creative or bold logo fonts.  If you want something fresh and creative, you can try the following fonts which are also available in our logo maker.

Have you found the perfect font for your logo? If you need more fonts, check out Google Fonts where you can find a wide variety of creative logo fonts.

In this article, we’ve covered the fundamentals of typography and the best logo fonts with examples. If you’ve read them, then you have some basic understanding of what the fonts or typefaces are. Choose the logo font wisely and consider the provided tips while trying the fonts. Classic fonts or more creative and modern fonts? It’s up to you to choose. But, think about your brand identity and the message you want to convey.

Good luck with your logo design. Before trying to manually find fonts, try out our logo maker which provides many different font styles and more than 20.000 unique artworks.

How to Make a Music Video?