Everything About 360-degree Videos

Before starting to dive into the 360-degree video world, the first thing you should fix is to forget standard video rules.

The second thing to remember, when shooting a 360-degree video, is that convenience will win the battle with quality.

360-degree videos are defined as “videos, typically recorded, using either a special rig of multiple cameras or using a dedicated camera that contains multiple camera lenses embedded into the device.”

Well, if explained simply – 360 video is a VR-like format that lets you to have videos with circle view – up, down, left, right, and behind.

It’s one of the video trends nowadays. But to get those circle views, you’ll need a special camera or set of multiple cameras and patience, for sure.

There is no rocket science under the 360-degree video production, however, it is a little bit challenging to shoot in a 360-degree format, mainly – technically.

Here we present the most fascinating facts about 360-degree videos and more.

The Best Quality is Not Always About the Number of Cameras

There are two types of 360-degree videos – monoscopic and stereoscopic. Monoscopic is found on Google’s Street View or in 360 players, such as YouTube 360 and Facebook. These are 2D renderings of real 360-degree shots. You see the space around but have no feeling of the 3D world.

Stereoscopic video is more about the virtual reality element. These videos can be watched in the VR headset. Here you fully embrace the feeling of the 3D world – with depth and 360-degree views.

Not all 360 Cameras are Good

When buying a 360-degree camera, one has to pay attention to the viewing angle. In general, even the branded cameras don’t capture the entire 360-degree angle. Even 360Fly and Kodak’s Pixpro SP360 capture 240 degrees. For having a full circle capture, the video should be filled either by graphics or setting two cameras back to back. The reason the big price gap of various cameras is the difference in quality – cheaper camera means lower resolution. 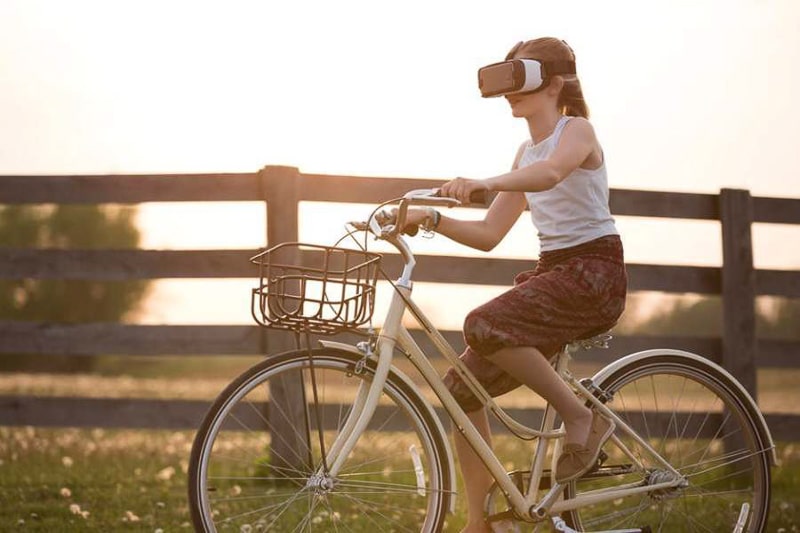 Sure, it’s needless to mention that you need a VR headset to enjoy fully the videos made by the 360-degree camera. There are many companies, which are offering the VR headsets. There are a bunch of applications also, that can be loaded over the mobile, allowing you to connect it later to a 360-degree device.

The Lens is More Important Than the Whole Shell

It is completely possible to prepare a 360 camera on your own. Everything you need is the lens that can wrap the whole 360 angles. Sure, it’s not as easy as imagined. Here, a pretty practice is needed.  Also, when shooting 360-degree videos with a camera of your own production, you need a lot of post-production job to do. Choose the best lens in this regard. It will ease your job tremendously.

You can edit video and music of 360-degree shots at the same time.  Well, what production houses do first is they shoot the video and later do some extra job, working with music. But, you can skip this phase, because 360-degree videos offer a great leeway in the edition process.

Social media made 360-degree videos so popular.  But believe, there was a time when it was much difficult for a 360 video to be uploaded to YouTube. A person should be very handy in programming, writing the Python codes. Which was not everyone’s cup of tea, for sure. Now, it is popularized and available in an automated way.

Most 360 video masters like YouTube’s and Facebook’s compress functions, when uploading a video. Choose a higher resolution, because it will look better on each site. The quality significantly is lost, when uploaded 360-degree videos into the site, so try to shoot in the highest resolution possible.

Imperfections as Part of the Journey

360-degree videos are not about perfection. Even, when you shoot with the best cameras, and you have mastered the shooting techniques, remember that you will be filmed, no matter where you have positioned yourself. Just relax, embrace this imperfection and do your job.

We’ve shared interesting facts about 360-degree videos. Now it’s time to talk about the best apps to watch these videos.

Fortunately, 360-degree video, VR/AR technologies are the trend nowadays, and there are a bunch of great apps that allow you to watch 360-degree videos with your VR headset. However, finding the best ones can be a difficult job. Fortunately, we’ve done research for you, so pick one of these cool apps and enjoy your 360 video journey! 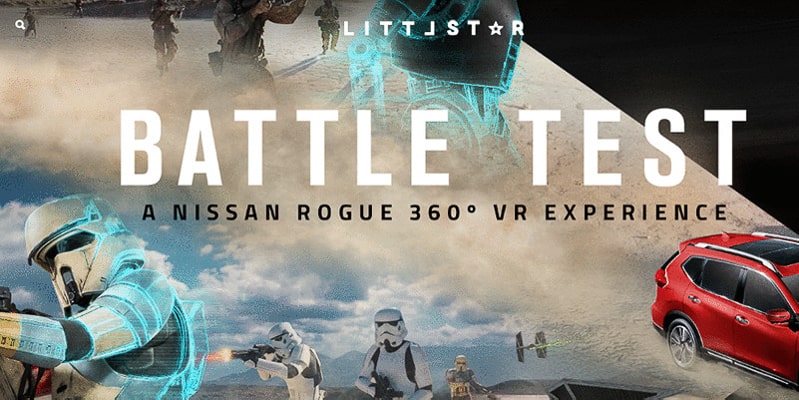 Littlstar and great content are similar concepts. They have a recent update for PlayStation VR players, which make this app the winner in our top list. It is possible to check out videos, regarding new video games or movies, dive deep to watch trips under the sea, or find yourself in the enchanted worlds of Disney. Littlstar team updates their content regularly. Take time to explore their repertoire. 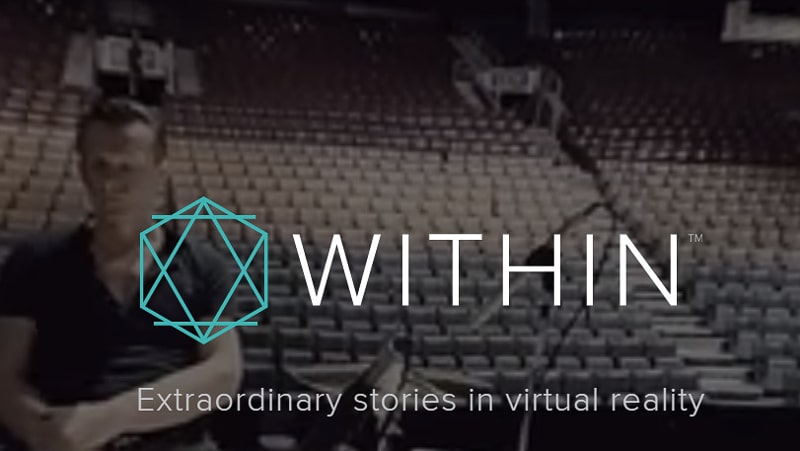 Within is about highly curated and good content. Here you can find content from Vice, The New York Times, and more. Unlike other resources, Within’s content isn’t so large, however, here each video of repertoire is carefully chosen. Take time to have a look at this platform.

All we know, Vimeo is about tons of various videos uploaded by millions of users, but do you know that they have a great 360-degree video collection, as well? Many of them are uploaded by users with not so good quality. However, very good quality content can be found here as well. Check it today! 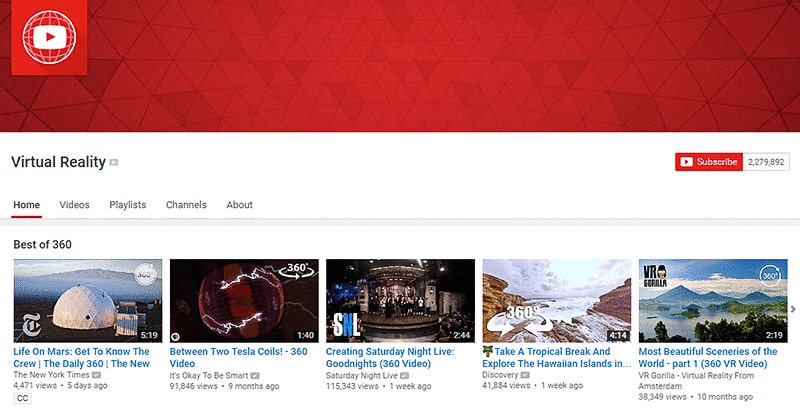 When we think about videos, we think of YouTube, as well. This platform is a champion, for sure. Videos of all sizes, shapes, languages, and formats can be found here. If you watched only their 2D videos, it is time to explore their 360-degree video set.  Check their official YouTube VR channel, which regularly updates its repertoire with the links of great new videos. 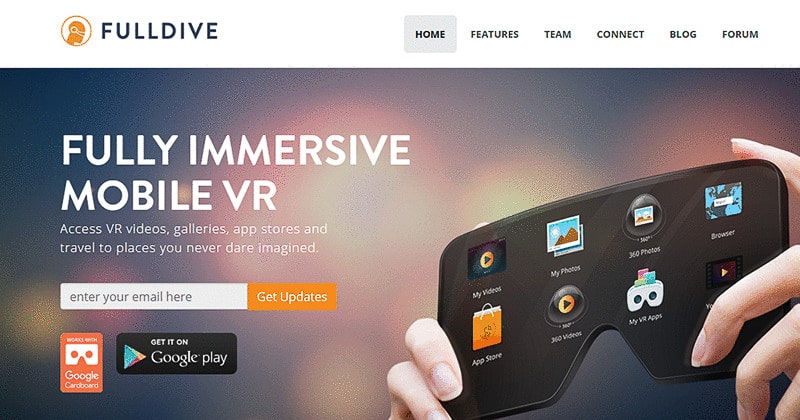 Fulldive VR is a unique platform. Here you’re able not only watch 360-degree videos or upload them but also can see what your friends are watching. All the content is well organized, categorized, which, in fact, makes it super easy to find any content.

360-degree videos are continuing to march their triumph, by becoming more and more popular. We hope this article was helpful to understand the 360 video world from different aspects, laying a background for your future 360-degree experiments.