17% of companies spend over half of their entire marketing budget on influencers. 89% of marketers say that their ROI from influencer marketing is the same or comparable to other marketing strategies.

But, there are plenty of businesses that are still reluctant to venture into influencer marketing and it’s not without reason.

YouTube’s algorithm keeps changing so frequently that subscribers only see content from a channel that they actively engage with, outranking popularity. The algorithm also shifts to favor other smaller channels by recommending decade-old videos to YouTube users.

With Instagram’s new algorithm change that hides “likes” to prevent burnouts, we might want to call time of death on popular influencers with millions of followers.

Likes can be bought and followers can be manipulated.

Brands have begun to realize this and engage with niche influencers instead because 49% of customers still turn to influencers to make a purchase decision.

Is it the End for Popular Influencers?

Influencer marketing has its roots in celebrity endorsement.

Equating attractiveness to trust is an inherent human trait but today consumers have become hyper-aware of how businesses leverage influencers. Platforms like Instagram have also made it mandatory for influencers to use a ‘Paid Post’ tag to ensure consumers are aware that it is a sponsored post.

Another reason why users are disengaging from popular influencers is the cookie-cutter, repetitive formula that most influencers use. Just take a look at the promotional images influencers posted while promoting Sugar Bear Hair: 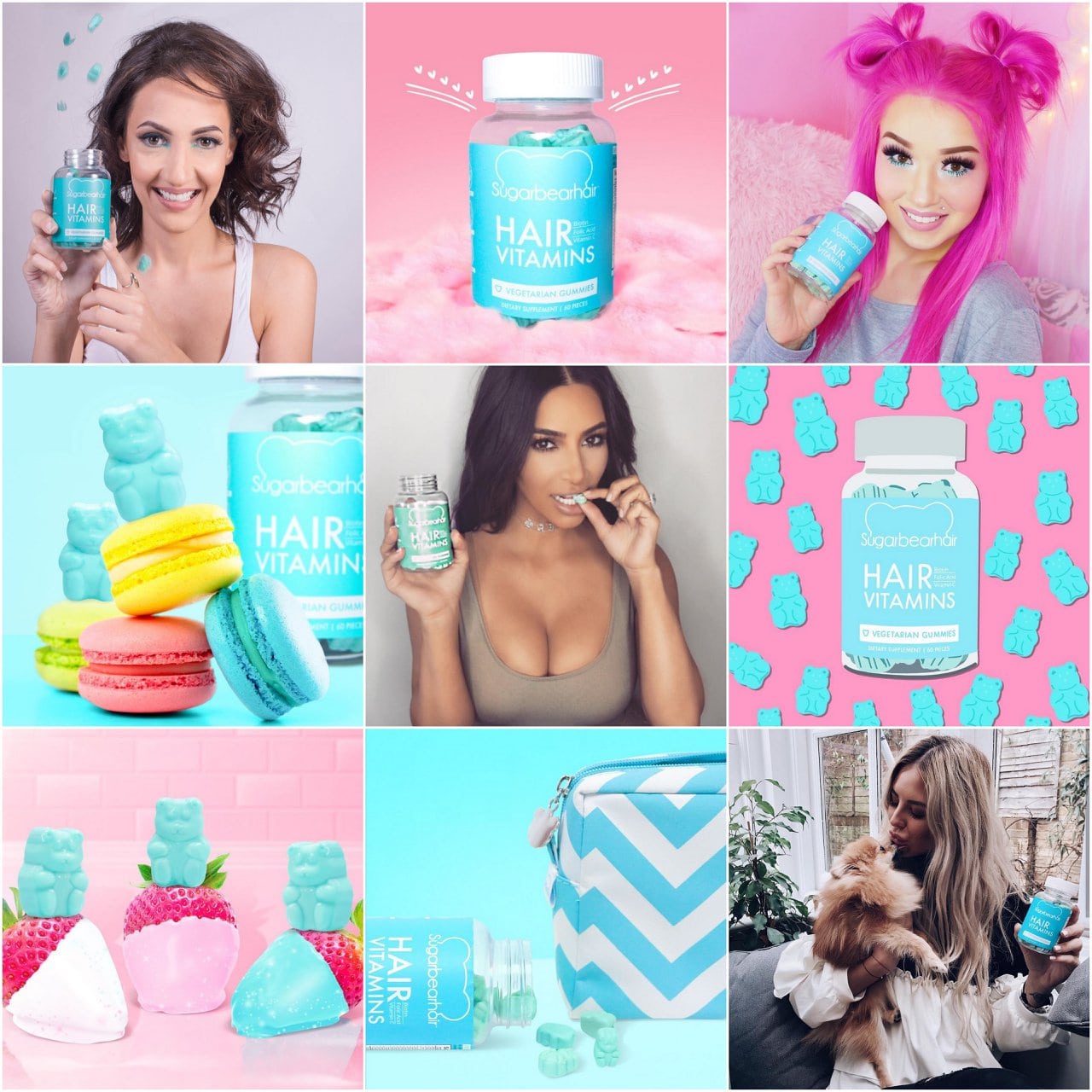 In an age of cancel culture, users on social media are quick to call out influencers and destroy careers overnight. Think Laura Lee or Jacyln Hill who have still not recovered from the hit that their career took.

Distrust among users also stems from how versatile popular influencers are and promote just about anything for sponsorship as well as high profile cases of influencer fraud.

To top it all, the outrageous amount of money that brands pour into influencer deals doesn’t improve conversion.

This is in part because of the distorted sense of the popularity of a particular piece of content. According to a study published on the Cornell University website, social media channels are majorly made up of users that react and respond.

Popular influencers know this a little too well and know that the minute they share content, their devoted followers will share it making it seem like everyone is talking about it. In truth, the viral content dies down pretty soon because of content overload. This is known as the Majority Illusion.

Niche Influencers may be the Future

Apart from the increased response rates, niche influencers are also viewed as regular people which satisfies consumer demand for authenticity.

Niche influencers pick a domain and stick to it making the content they post more believable and genuine. Most niche influencers post videos daily, vlog or go on Instagram Live giving their followers an insider look into their lives.

That explains why niche influencers campaigns are 6.7x more effective than campaigns with popular influencers.

Engagement rates are also 60% higher since micro-influencers stray from formulas ensuring their content is relevant and fresh because they care about their followers.

Brands that Work with Niche Influencers 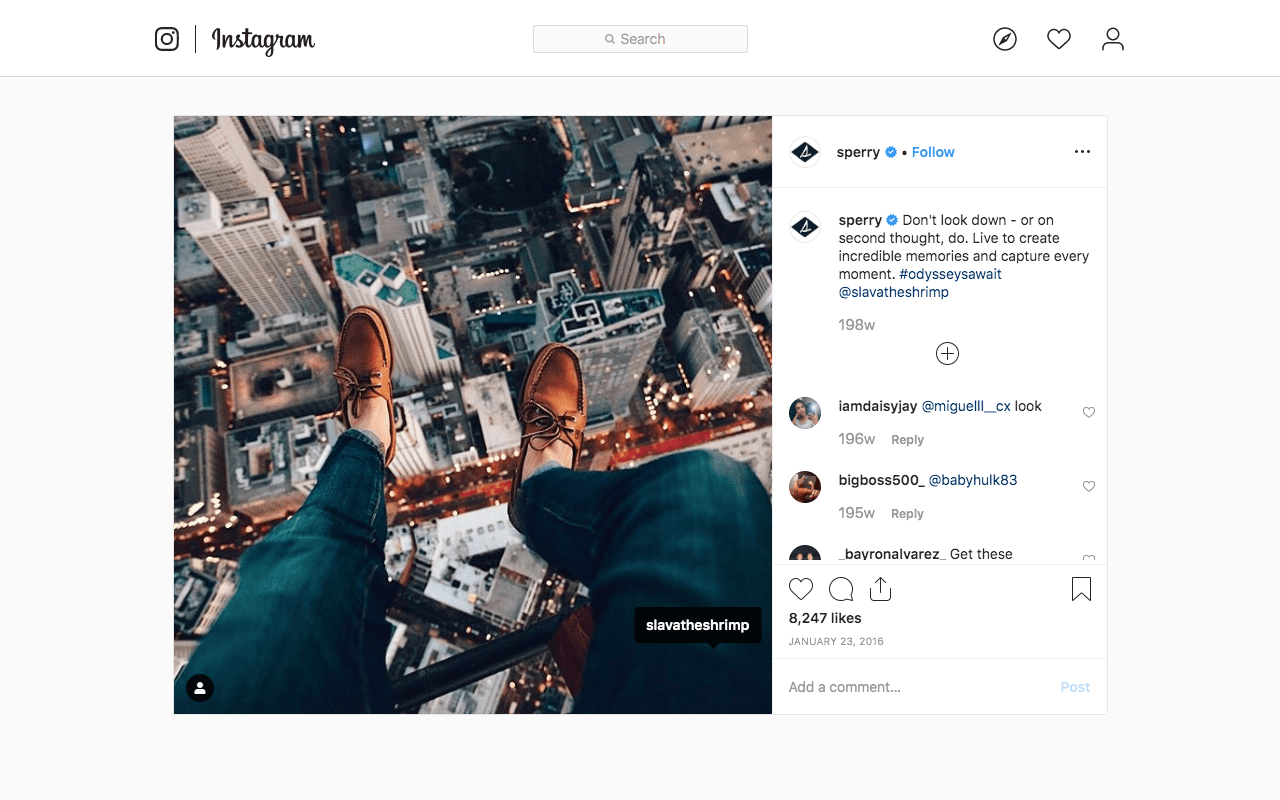 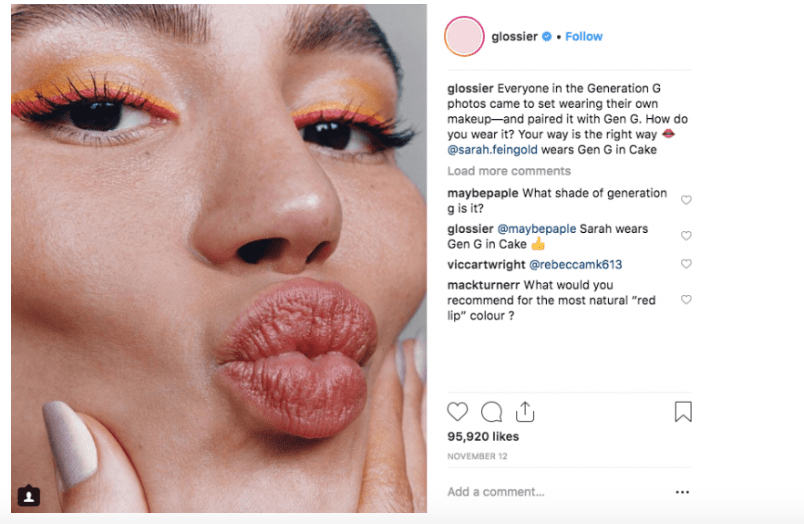 Much of Glossier’s cult status can be attributed to micro-influencers. Instead of getting popular faces to endorse their beauty products, Glossier treats everyone like an influencer and has created a strong network of regular women who have become micro brand ambassadors. 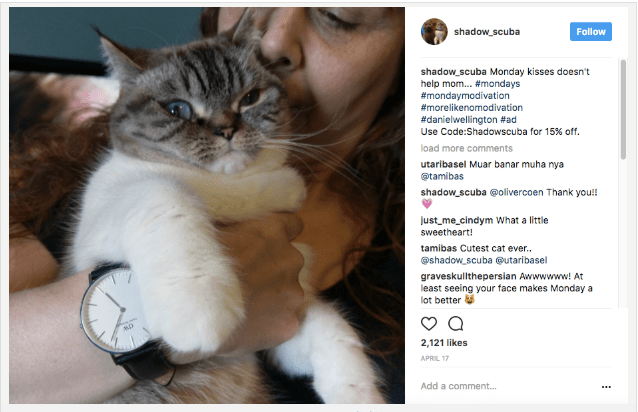 No one knows micro-influencer marketing better than Daniel Wellington. The Swedish watch-maker does non-traditional advertising at all. It partnered with Scuba and Shadow, a pet-focused account, to attract more customers by introducing account-specific discount codes. 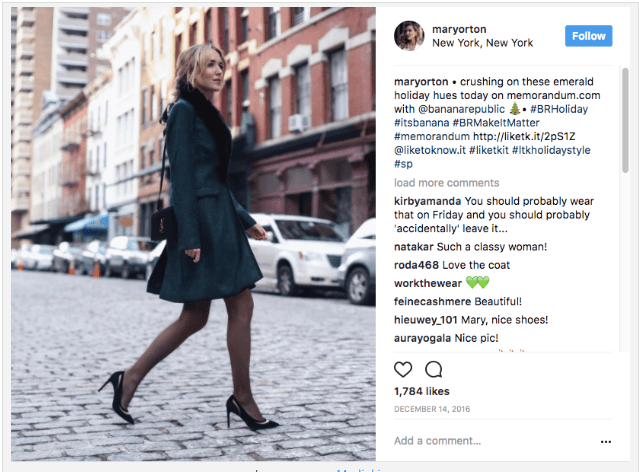 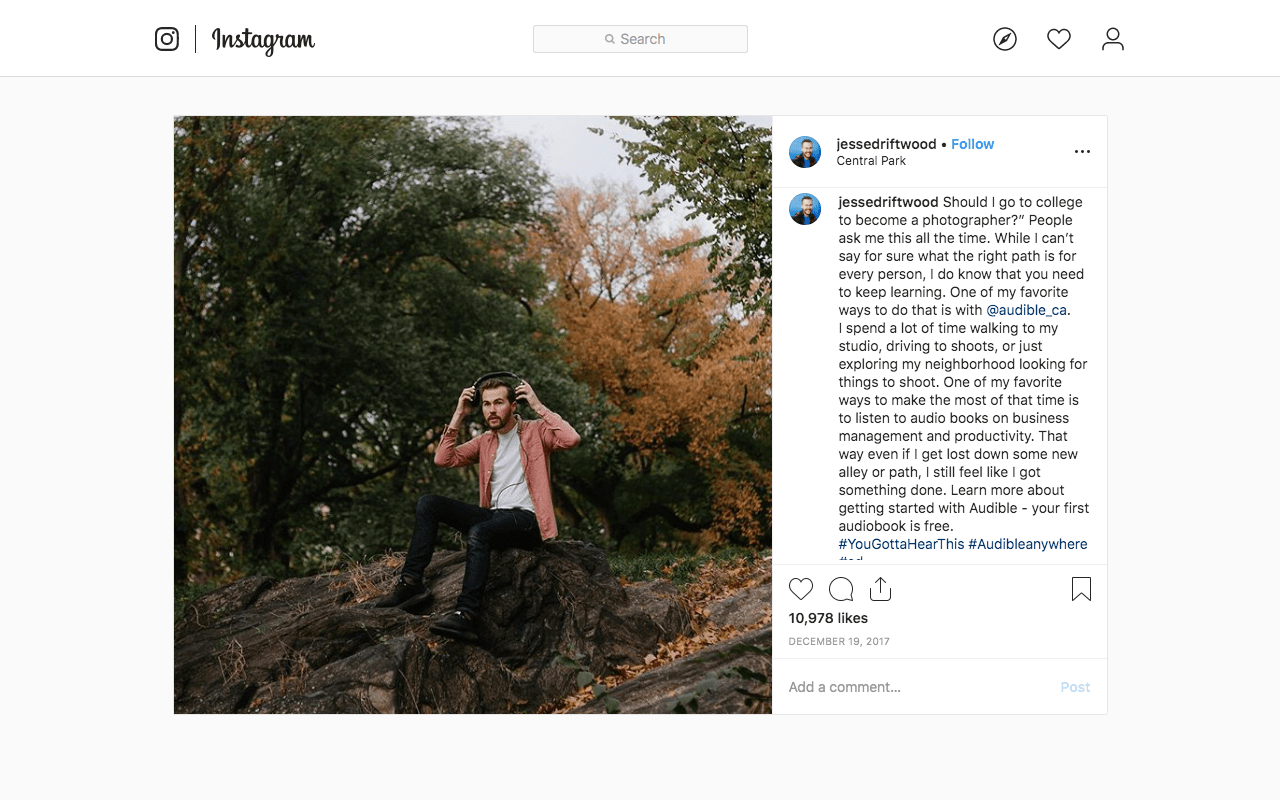 Amazon-owned Audible engaged with micro-influencer Jesse Driftwood, a photographer who had fewer than 100,000 followers but followers who were extremely loyal. He posted a photo of himself using Audible while explaining how to use it to learn about business management and productivity.

Which Should Brands Choose: Popular or Niche Influencers?

Popular influencers are still worthy of your investment 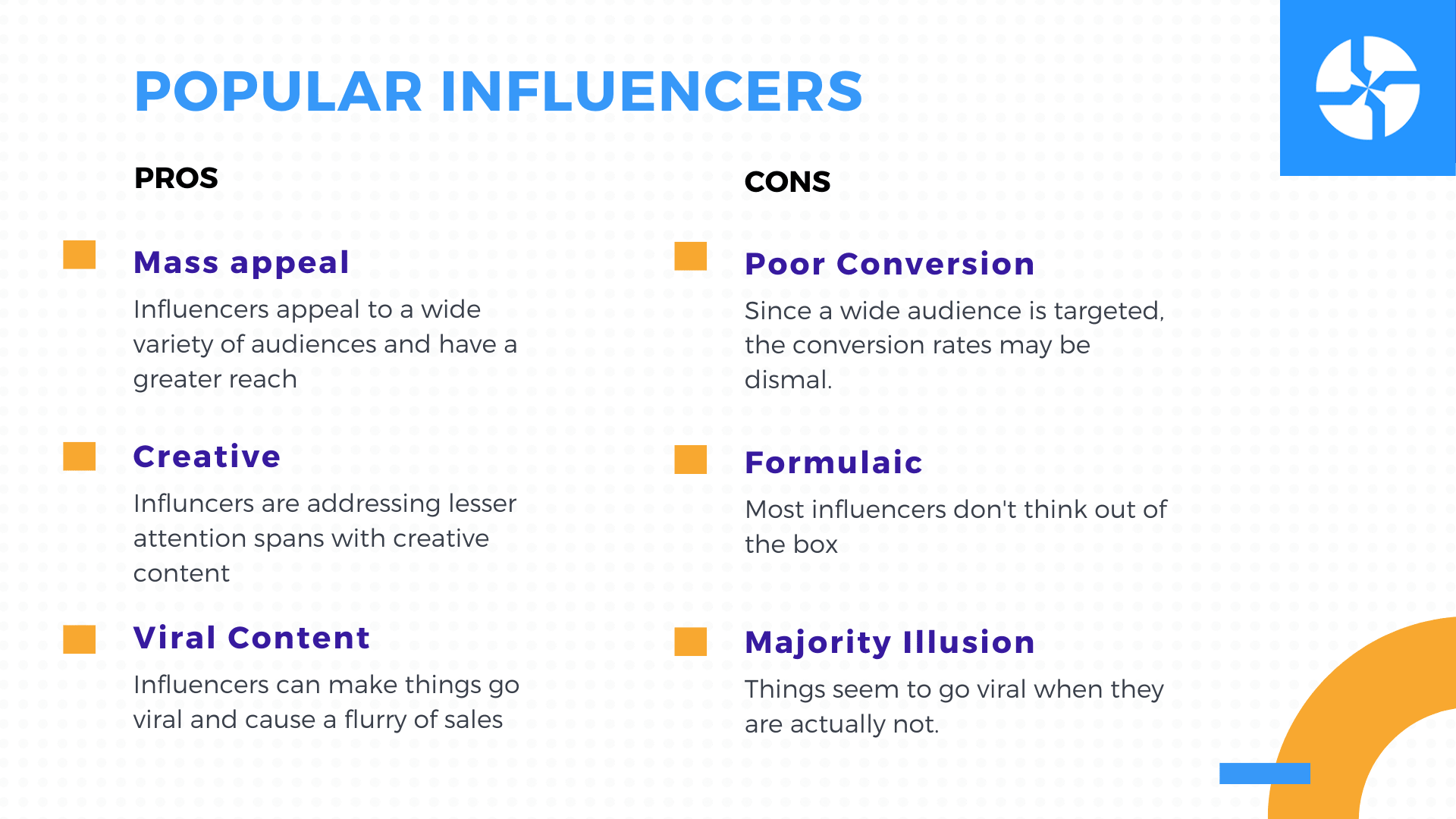 You can’t deny the power of the Kylie Jenner in the world. Despite all the backlash that she got for her Kylie Skin line, the website sold out in 4 minutes within the launch.

Who can forget Selena Gomez’s latest hit ‘Lose you to love me’? The entire video was shot on an iPhone 11 Pro. Essentially, the entire music video is a 3:27 minute long advertisement for Apple.

Despite being made aware of potential sponsorship, consumers still gravitate towards influencers. A study showed that human beings are hardwired to trust attractive people. It’s an accepted belief that ‘What’s beautiful is good.’

Brands have even figured out a way to measure online engagement to offline conversion rates by creating a customized QR Code. When influencers give out personalized discount codes, consumers receive the QR Code which is then scanned at checkout in stores attributing the sale to the influencer led campaign.

It is also possible for brands to create a landing page that users see when they scan the dynamic QR Code and start retargeting them online on Google and Facebook to maximize the effects of influencer marketing.

Also, there is no slowdown in more up-and-coming influencers. Although Instagram is the preferred choice for popular influencers, YouTube, Twitter, Patreon, and Twitch are also crawling with influencers with over a million followers.

In fact, popular influencers have also come up with creative ways to combat information fatigue. YouTube channels with over a million subscribers promote sponsorships – by weaving the product seamlessly into their content.

Anna Akana, a YouTube creator, singer, and actor, finds creative ways to give her sponsors a shout out which is entertaining to users preventing them from skipping it.
Here’s why engaging with niche influencers can be rewarding: 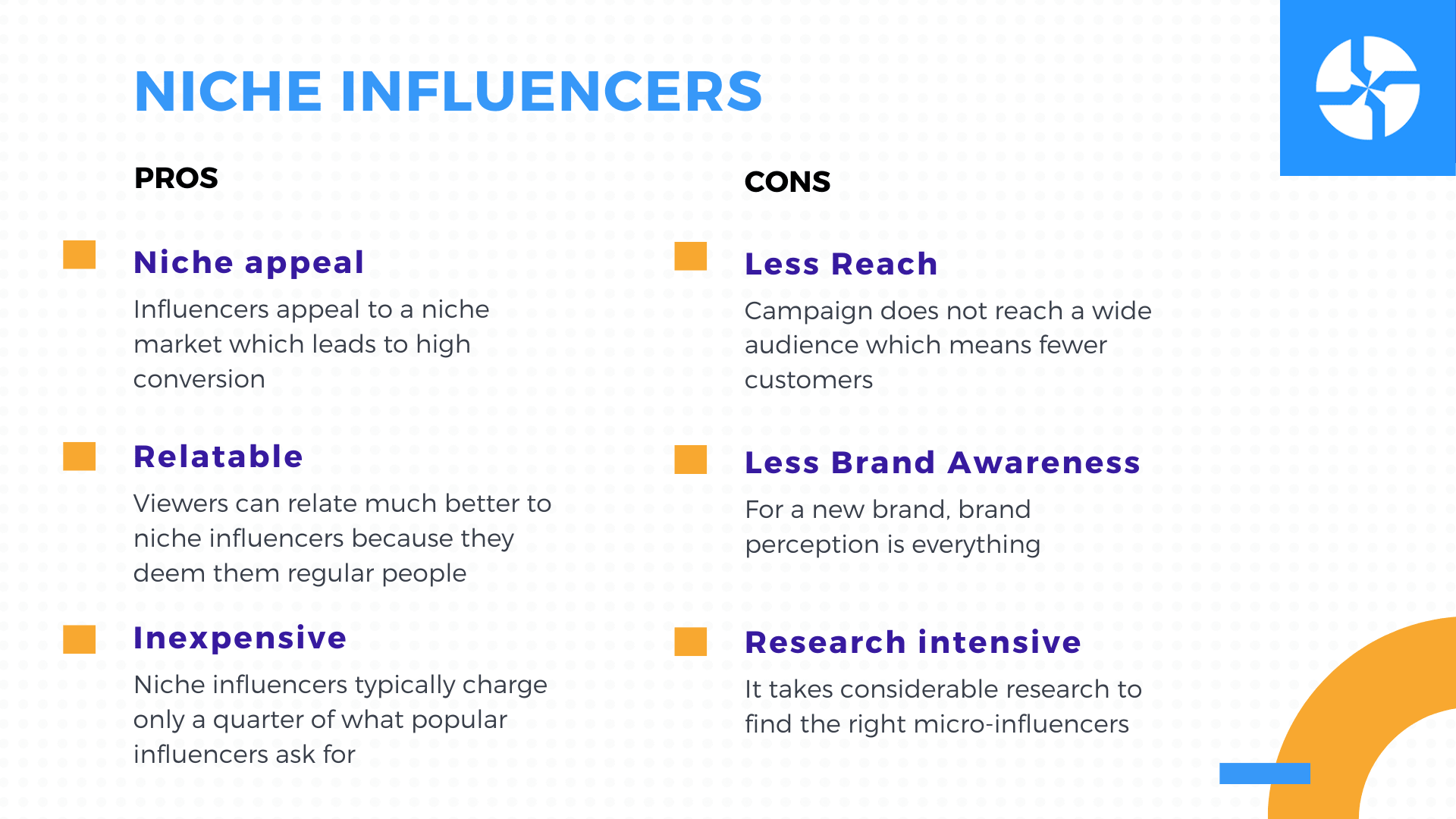 With the rise of apps like TikTok, we can’t deny the power of micro-influencers either. What started out as a mere entertainment app called Musical.ly, reminiscent of Vine, has now become the largest cesspool of the world’s micro-influencers.

The popularity of the app has been studied rigorously but the main takeaway is that it has given regular people the chance to be seen, to become popular without investing in expensive equipment or putting in long hours. 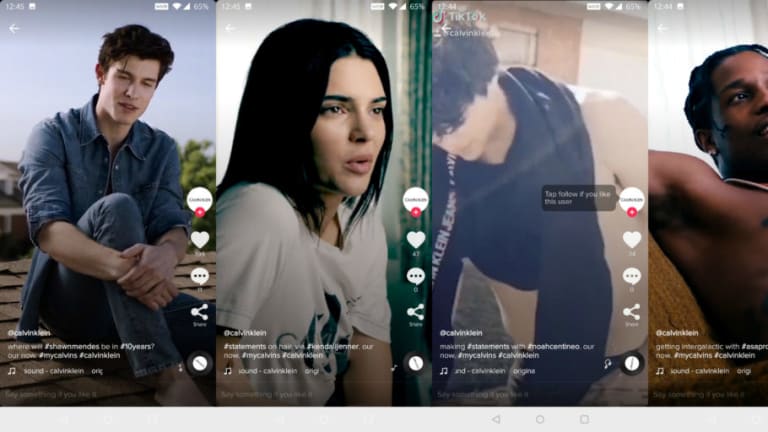 TikTok also includes several niches – dance, beauty, sports, food, and comedy which appeals to the always-on Gen Z users who are fed up with the big players of social media.

Brands like Guess, Coca-Cola and Sony Pictures have already started to see TikTok’s true potential. Guess launched a collaborative campaign with TikTok called the #InMyDenim campaign wherein they partnered with influencers to promote their jeans.

How and Where to Find Influencers for Your Brand

Now, before we reveal which type of influencer is the right kind today, let’s quickly take a look at how to find influencers.

Now that you know how and where to find the next influencer for your brand’s campaign, let’s finally reveal which type of influencer you should ideally choose.

Final Verdict: A Healthy Mix of Both is Best

According to Mediakix, by 2022 brands will spend up to $15 billion USD on influencer marketing.

With such high stakes, you would think that there is a clear answer to which type of influencer but there isn’t.

Popular and niche influencers both have their merits and brands have seen varying degrees of success.

Another interesting thing to note is that influencer types have rapidly evolved to include nano influencers, kidfluencers, gaming, and virtual influencers.

Brands also turning to customers to generate user-generated content by turning every customer into a micro brand ambassador.

Before pursuing any type of influencer, brands should ensure whether the influencer is a good fit for the brand and build a network of influencers to diversify their reach.

Sneh is a Content Marketer at Beaconstac and loves tech startups that improve everyday human lives, Miguel and The Office. You can get a hold of her on LinkedIn or Twitter to discuss marketing strategies or anything else under the sun.