10+ Successful Ad Campaigns You Can Learn From

Online advertising campaigns are one of the most effective ways to promote a brand and reach potential customers.

An online advertising campaign is a planned-out combination of advertisements that revolve around one single message with an aim. The goal of an ad campaign can be to raise the number of sales for a certain product or service, to create brand awareness, and so on.

It can be quite a struggle for marketers to come up with a creative digital ad campaign that can sweep their brand off of its feet, and actually help them achieve their goal.

This is why we collected some of the best online advertising campaigns that can inspire you and help to come up with creative ideas.

By learning the details about these campaigns, you can understand what will work for your own brand and build your next campaign around it.

Since 2015 Apple has launched its user-generated content campaign mostly on their Instagram, encouraging people to share their best creations taken on iPhone, using #ShotOniPhone hashtag. Apple usually browses the hashtag, which as of writing this has over 18mln entries, and reposts the best shots, giving credit to their fans. 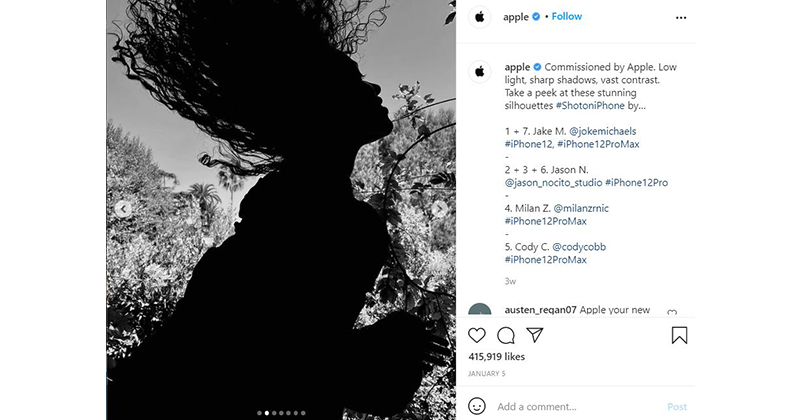 In April 2020, they revived this advertising campaign with another relevant hashtag #TheAtHomeSeries, asking people to take and share photos of their quarantine days’ surroundings.

This helped Apple to raise their follower engagement and keep people greatly involved in their brand.

In 1980, the face of the CK campaign that year Brooke Shields looked straight at the camera and said: “You want to know what comes between me and my Calvins? Nothing.”

This provocative tagline has been the main part of this CK campaign for the last 40 years.

The brand then started its most famous #MyCalvins campaign, which now has many editions throughout the years.

In 2015 this ad campaign first featured worldwide famous artist Justin Bieber, with model Lara Stone. The main concepts of the ad, which now has almost 10mln views alone on YouTube, were self-expression, pop culture, and sexuality. 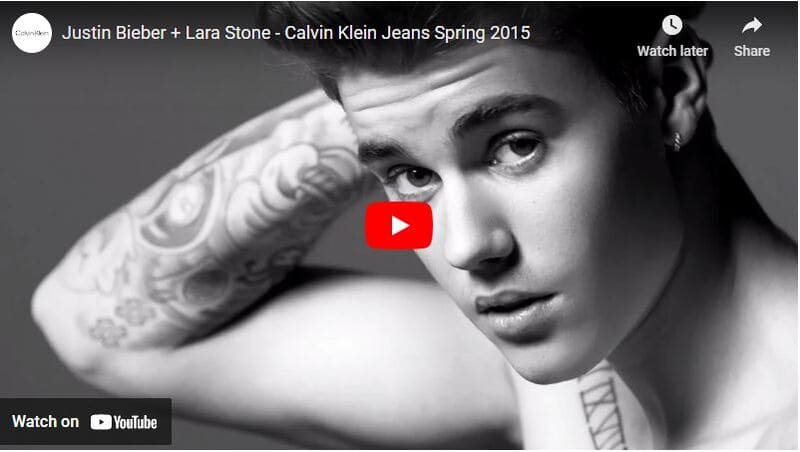 After the main ad was out CK took the Internet with the #MyCalvins hashtag, by partnering with other social influencers, musicians, and models. They went on releasing visuals with the “I ____ in #mycalvins” phrase, encouraging people to join the wave as well.

Targeting people between the ages of 18-25, the brand carried out its marketing campaign according to their standards. Because Instagram is more famous among the youth, CK turned it into the main platform for the campaign, although its activity was spread throughout other social media platforms as well. So to say the campaign was successful is to say nothing at all.

Since then CK released a couple of other versions of the #MyCalvins campaign with many famous faces in the lineup, including Kendall Jenner, Shawn Mendes, Bella Hadid, and Lay Zhang. 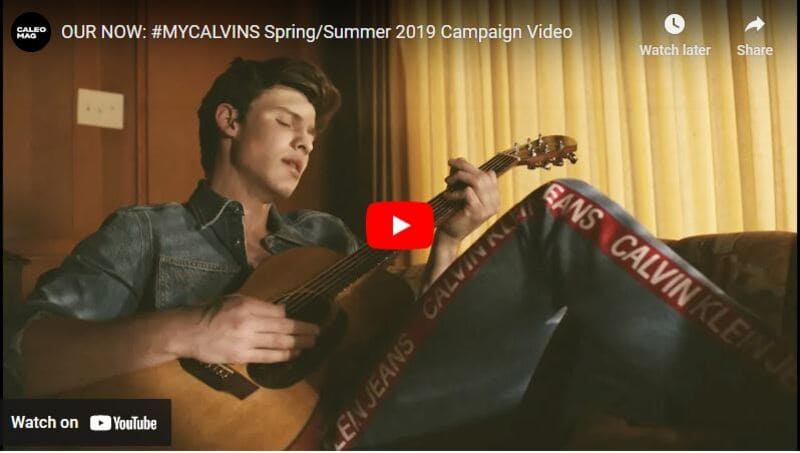 With this successful campaign running for years, Calvin Klein has stressed the importance of people sharing their stories, and the huge impact of the influencers.

There are just a few people in the world who don’t know about Sony’s PlayStation. Their advertising campaigns improve with every new product they release. In 2020, they announced the launch of PS5 with the “Play Has No Limits” tagline and “We are all explorers. There are new worlds to explore” slogan. They released a couple of videos all of which look like a scene out of an adventurous movie with fantasy elements.

They took the campaign beyond Facebook, Instagram, Twitter, and other social media platforms, and the world absolutely LOVED it. As a result, PlayStation received over 123K mentions and more than 1.8M engagements.

Besides their online ad campaign, they also spread the word about their new product offline. One of the best tactics to promote “Play Has No Limits” was replacing the London Underground signs with the PlayStation shapes. Really EPIC! 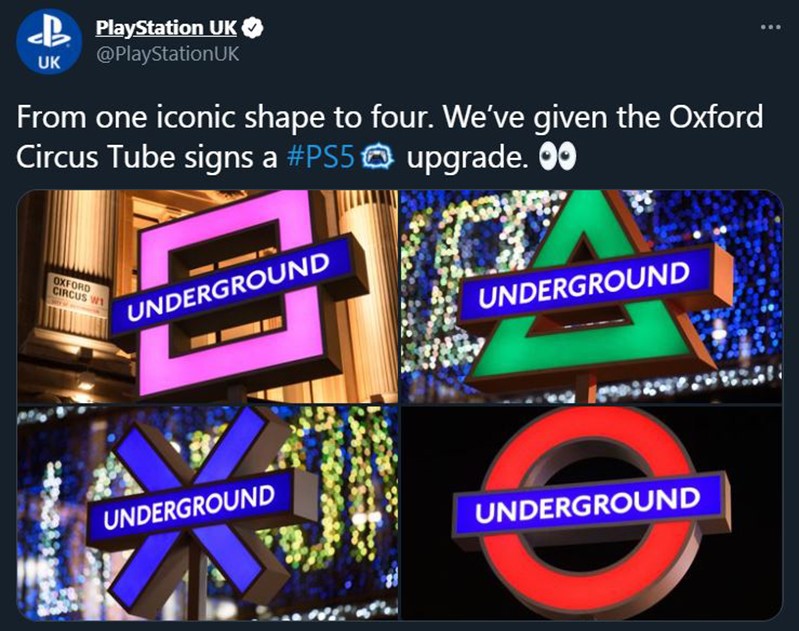 At the end of 2020, Spotify launched its annual “Wrapped” campaign to highlight the feature that gives its users the chance to review their year in Spotify music. This year the theme of the campaign was to “recognize and celebrate the human stories of the year”.

Using their accounts on all important social media platforms, Spotify showed gratitude to the huge artists, listeners, playlists creators, and podcasts on their platform, by releasing the data they collected on the platform – most streamed artists, most streamed songs, etc. They encouraged people to share their own #2020Wrapped, and Spotify users were absolutely thrilled to be a part of it. 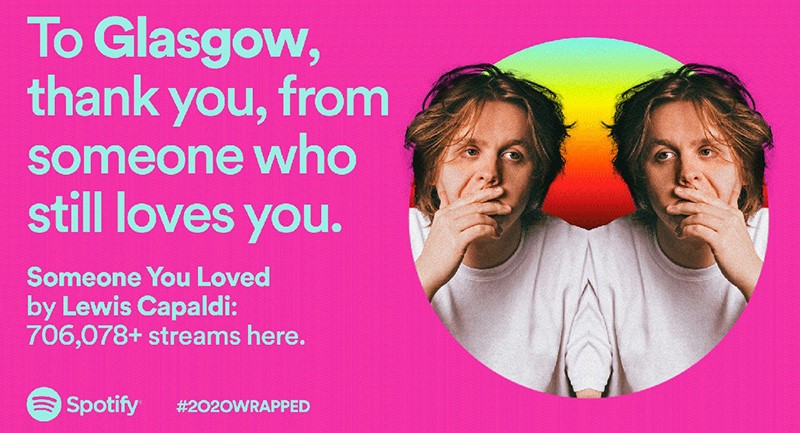 Spotify approached the “Wrapped” campaign with a little humor too, releasing social media posts with well-natured inside jokes about artists and their music.

The campaign took the Internet by storm and covered almost all huge social media platforms in neon colors that Spotify can pull off like nobody’s business.

This worldwide famous fast-food chain has one of the best online marketing strategies for every occasion.

For Halloween 2017, the company has come up with the #ScaryClownNight campaign which offered free burgers to the first 500 people going to select Burger King stores on Halloween day dressed as a clown.

However, their approach to the campaign on the online platforms was priceless, because not only was the ad campaign well planned out and fun but in the commercial, they were also trolling their rival McDonald’s famous clown.

This Japanese casual wear company launched a unique online ad campaign in 2016, to raise their customers’ reach. As a result, they gained over 35.000 new customers and more than 4 million reach. 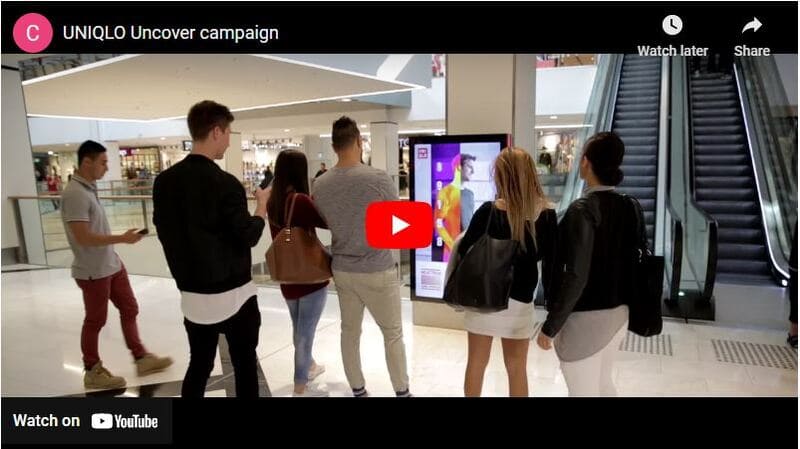 So, they placed 100 physical billboards around different cities with moving images and asked people to capture the product codes. Then they had to upload the photo on the campaign’s website and redeem a clothing sample.

The German automotive marque promoted the Mercedes A-Class with a campaign that was aimed to showcase the best features of their new product. 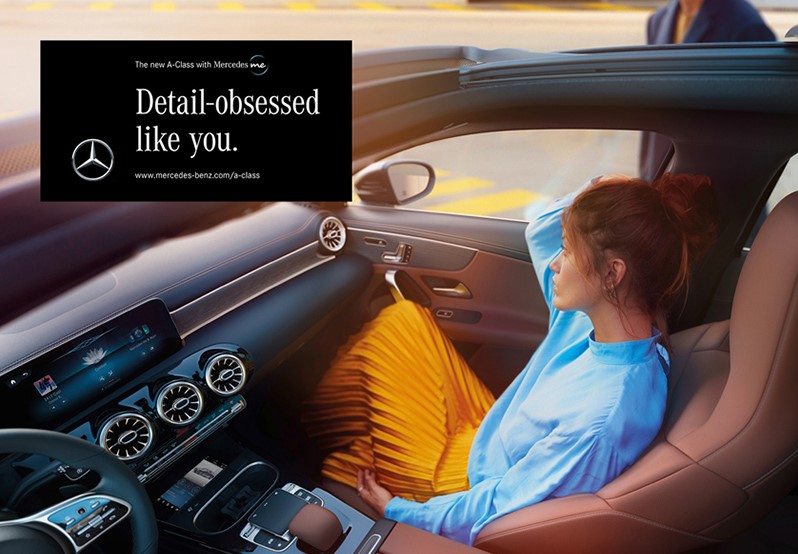 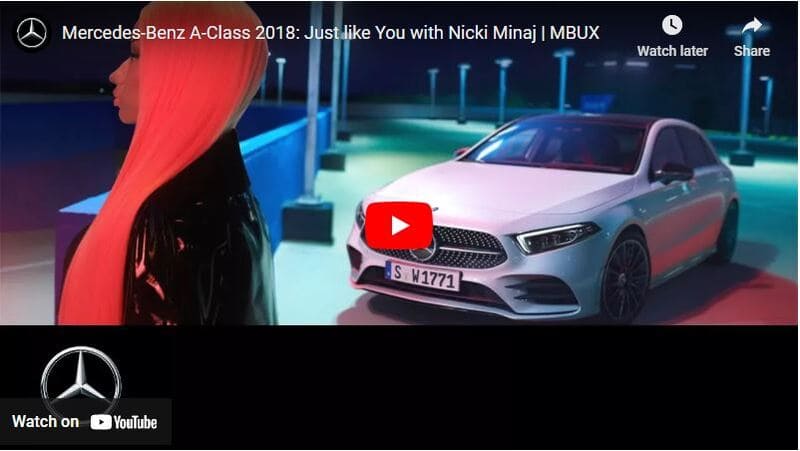 If the mountain won’t go to Mohammed, then Mohammed must come to the mountain. This is probably the approach behind MINI’s campaign, which offered to deliver MINI to people tweeting the #MINIonDemand hashtag, so they could test drive MINI Countryman Plug-In Hybrid on their own time.

Of course, the offer stood for a month and only for people living in San Francisco and Los Angeles, but we can all agree that the idea is quite awesome and can turn into a successful advertising strategy in the future. 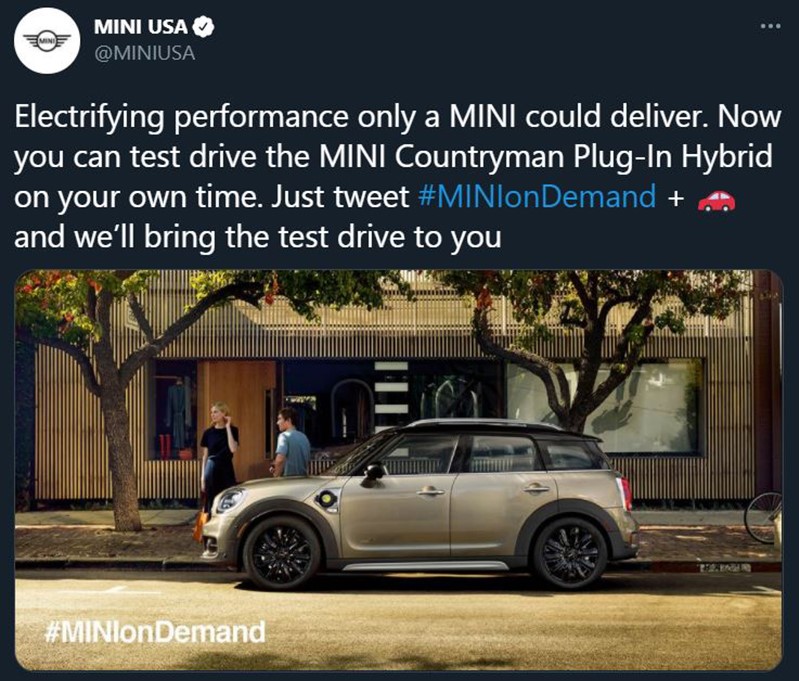 Casper is a famous mattress company with a great marketing strategy, thanks to which it’s included in this list. As one of the leading voices in their market, they surely know about the people turning to the Internet for help when having problems with sleeping. So that’s how in 2019 they came up with the Casper Sleep Channel.

It’s a set of sounds, meditations, and bedtime stories to help people struggling to fall asleep. They’re working with popular podcast hosts to narrate these weekly episodes and air them on the Internet. Those episodes are available on YouTube, Spotify, and IGTV. 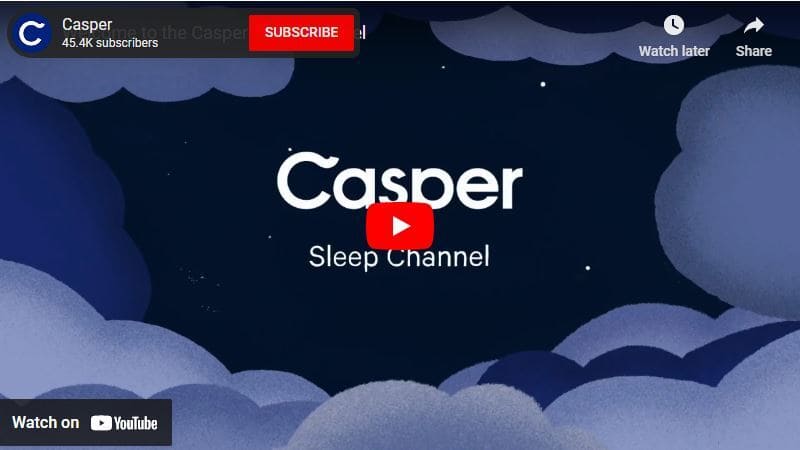 The lesson we can take from this example is that a brand shouldn’t limit itself when it comes to marketing campaigns. You don’t have to only come up with strictly mattress-related ideas, just because your company is producing mattresses. Instead, have a look around and try to see the bigger picture.

To promote Galaxy Note 10+ 5G, Samsung came up with a first-person interactive game on Instagram Stories. 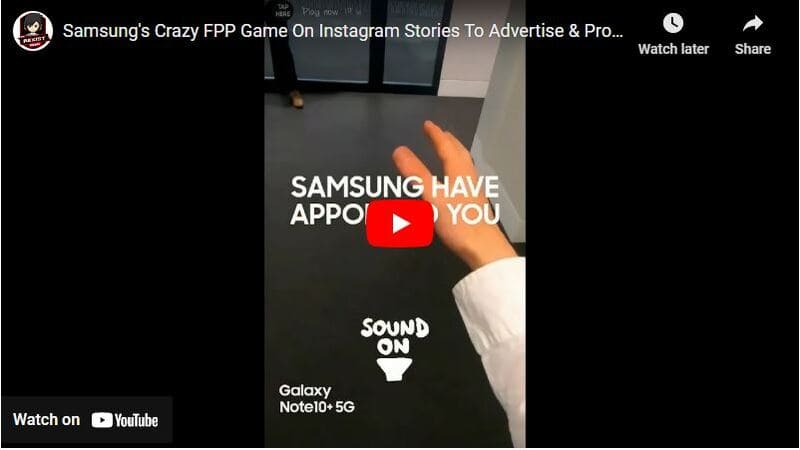 In the game, which was inspired by “Bandersnatch,” one of the episodes of a popular tv-show “Black Mirror”, the players are supposed to carry the new Samsung phone to the destination.

The game offers a couple of decisions that you can select with a click and move on to the next steps. Samsung enthusiasts were able to play it on Instagram Stories, which surely made things more fun.

Highlighting one of its main values, Wetransfer has come up with an unusually interesting concept for its advertising campaign, called “Please Leave”. The company stresses the importance of its file-sharing service helping people save their time and use it for something more productive. 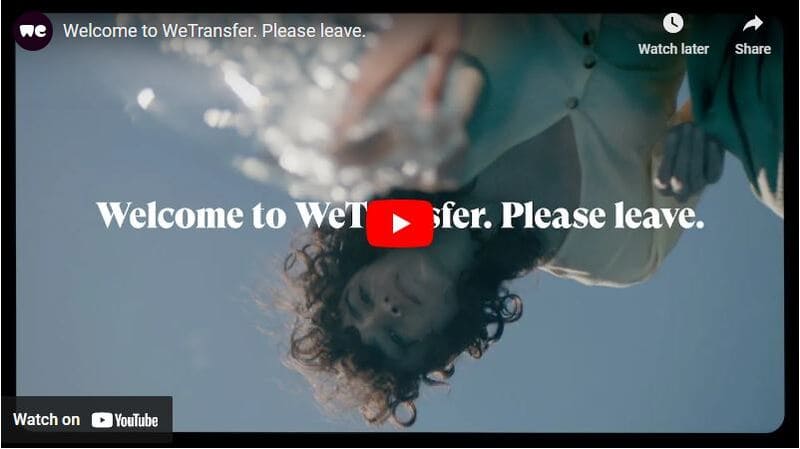 The campaign has “Real ideas come from real life” as a tagline, around which they have created an amazing ad, with an inspiring and strong message: Share files within minutes and then go and live to get inspired.

The #ShowUs campaign Dove launched on their social media platforms in 2019 made a positive impact and created a huge buzz among their target audience.

Due to this project, there are now more than 10.000 images shattering all beauty stereotypes.

Women of all ages, appearances, and abilities from around the world are constantly sharing their images, redefining beauty on their own terms, and telling their stories. 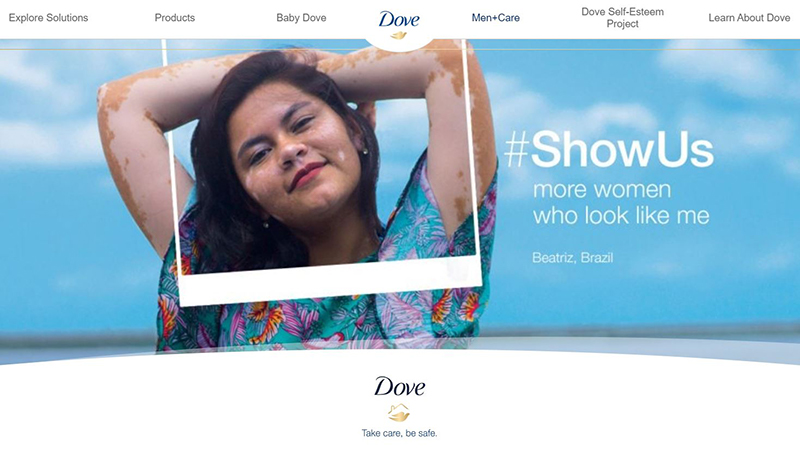 The images which can be found on Girlgaze, Getty Images, and Instagram, are available to use for marketing and other purposes.

This is probably one of the successful ad campaigns that have saved our 2020. Getty Museum jumped on a trend that was just starting on Instagram and turned into one of their best challenges. They didn’t only take their digital marketing to another level with user-generated content, but also successfully built their brand awareness.

The challenge soon became known as the #GettyMuseumChallenge, as the art lover society of the world started to post their photos of recreating art pieces during the pandemic using the hashtag. 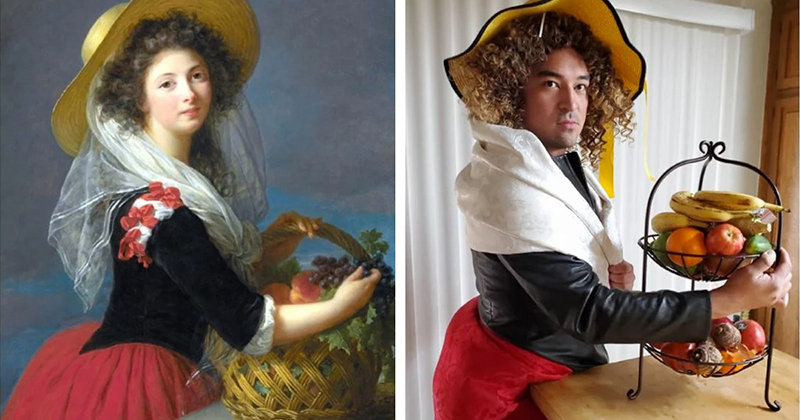 On Instagram alone, the hashtag has been used almost 55.000 times, making it a quite huge trend. The posts include art recreations of art pieces using toilet paper, food, flowers, and other things available at home.

This proves once more, that social media can have a positive impact on brands and inspire new ideas for growth.

Did this list inspire new ideas for your next online ad campaign? Taking into account the examples of other brands, you’ll surely find exactly what your brand needs for a mind-blowing ad campaign. Sign up and create visuals for your ad campaign today!