What is an Explainer Video and How it Works?

Not all new products and services are easy for customers to comprehend right away. To make their introduction to the market smoother, explainer videos come into play.

If an offering is new to the market, or it works in a complicated manner, customers might need to understand it better before purchasing it. At this point, explainer videos come both to the customers’ and marketers’ rescue. Within one or two minutes the potential customer learns exactly what the purpose of a product is, how it works, and whether he or she needs to buy it.

Wondering how effective videos are for this purpose? Consider the following statistics:

If you’ve ever considered using explainer videos, then this article is for you! Together, we will cover everything you need to know about explainer videos: what makes a good explainer video, the 6 main types of explainers, and how they can enhance your marketing strategy.

What is an Explainer Video?

The aim of explainer videos is to give an overview of the product or service the company offers and highlight its benefits in a visually appealing and memorable way. Explainer videos are often featured on product websites or landing pages and work wonders when it comes to communicating your brand’s message.

In fact, 90% of online shoppers find videos useful for making decisions. Many companies also use them for more impact on social media platforms.

What Makes a Good Explainer Video?

Let’s take a look at what some of the best explainer videos have in common.

When working on your explainer video, always take into consideration the aesthetics and the voice of your brand, and make sure your video matches them.

There are two broad categories of an explainer video: animated and filmed. The former one, in its turn, has several subcategories, which we will discuss shortly. An animated explainer video uses illustrated characters and backgrounds to explain a product or service to potential buyers.

Animations are fun to watch, which is why most people don’t mind dedicating а minute or two to watch one when it comes across. Below are the 6 types of explainer videos you can consider while creating videos for your business. 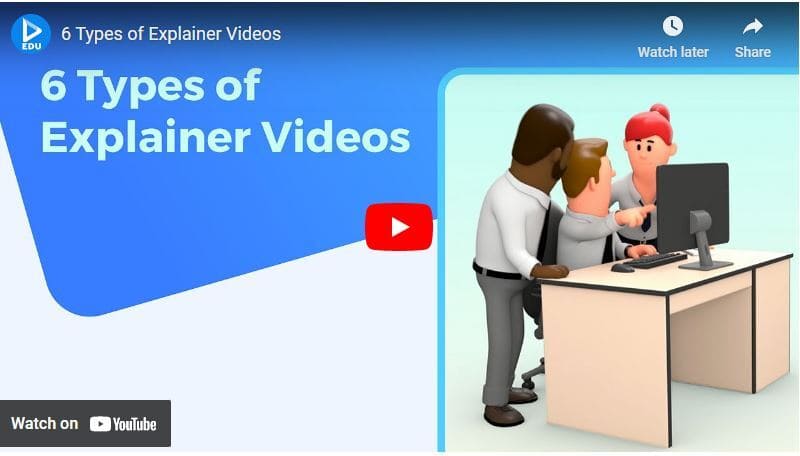 As you probably guessed, character animations feature a character placed in an animated environment. The character usually encounters a certain problem or need, which is then solved with a product or service.

These videos are effective as they make the audience identify with the character. Your potential customers most probably had the same problem, and will probably relate to the character’s frustration.

By the end of the animated video, the problem is solved and the character is happy. This will tempt the audience to buy the product to solve the problem in their own lives.

Here’s an example to make things clear. In this explainer video by Scripted, the main character struggles to keep up with content creation for her blog. Until… Scripted comes to her assistance. It offers an easy and affordable way to get the required content written by freelance writers, saving the character both time and stress. 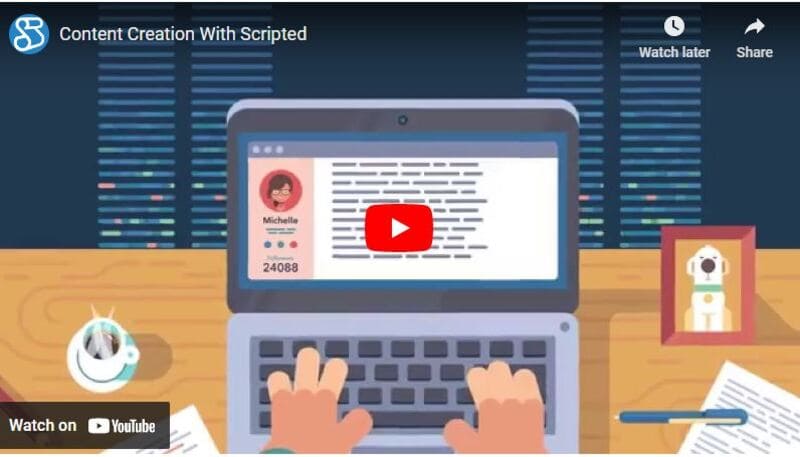 In case you want to create your own character animation, it can easily be done with ready-made online templates. These usually feature the same characters placed in different settings. In each scene, the character is either performing a certain action or expressing an emotion. All you have to do is search for suitable scenes and adjust them in the right order. Here’s a good example from our Explainer Video Toolkit.

As for the script, you can either add it to the text field or record a voice-over. Whichever you choose, make sure it matches your visuals. Once you’re done, add a music track to your video so that it’s even more engaging to watch.

Motion graphics videos include interacting animated objects, dynamic text, and creative transitions. Of course, you might find these elements in character animation as well, which sometimes blurs the lines between the two. The difference is that motion graphics usually do not stick to a specific character throughout the video.

The aim of motion graphics animation is to express in visuals what is said in a voice-over. With such help, viewers retain more of the information included in a speech. Plus, the chances are high that dynamic visuals will keep them engaged throughout the entire video.

Okay, enough of telling! Let us actually show you an example of such a “show, don’t tell” video. 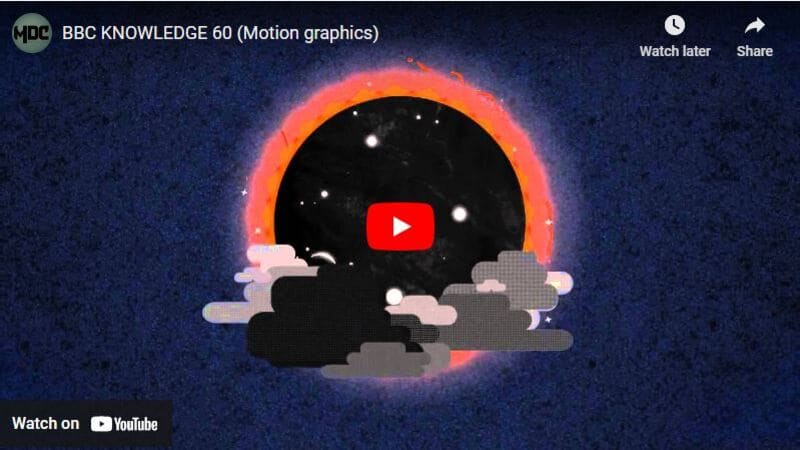 Animated infographics can also be included in this category. By visualizing data with animated charts and figures, these videos make information much easier to grasp and memorize. Businesses often use online templates to create such videos quickly and efficiently.

With such templates, all you need to do is choose the desired scenes, fill in your data, and wait for your video to be rendered. There is also an option to customize the music track and the color palette to make the style of the video match your brand guidelines.

Of course, promotion is the end goal of explainers as well. But, that can only be attained once the target audience understands the new market offering and its value.

The main disadvantage of a live-action explainer is that it limits what you can show in a video. Animations can go as far as one’s imagination does, while filmed videos are much more restricted for technical reasons.

But, there’s also an upside to filmed explainers. They are often a more effective way to connect with the audience on an emotional level. The reason is that human characters are usually more relatable than animated characters. As a result, filmed videos can achieve an immediacy that is usually lacking in animated explainers.

Check out this lovely video by Zendesk to see it for yourself. 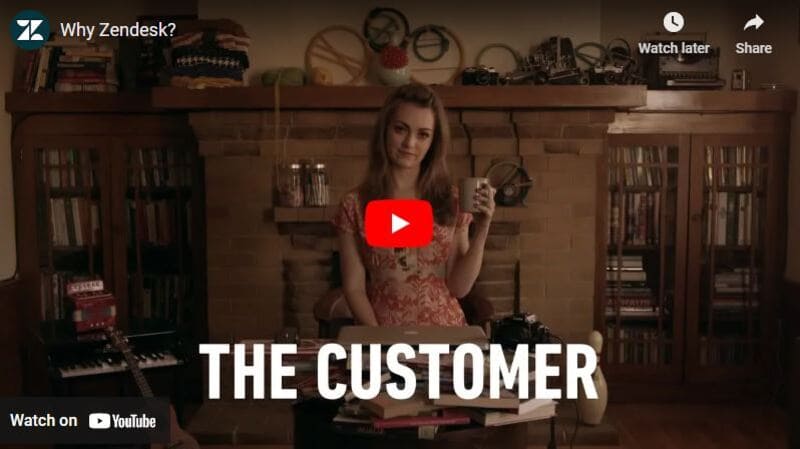 Have you seen one of those videos that show an artist’s hand sketching illustrations and writing a text on a white canvas? Well, surprise, surprise, you have seen a whiteboard animation, another type of animated explainer video.

Like infographics, whiteboards visually express the contents of a voiceover. This makes the material engaging and easier to digest. The advantages of whiteboard animation are its technical simplicity and budget-friendliness.

For an effective whiteboard animation, create a character who represents your target audience. Take into account the demographics of your customers, their interests, and their pain points. Develop your video script having this information in mind.

As for the visuals, make sure the illustrations are logically interconnected and make up a cohesive story. Otherwise, your audience will have a hard time connecting the dots.

For inspiration, watch this short whiteboard by CrossFit. It explains their fitness service in about 30 seconds. 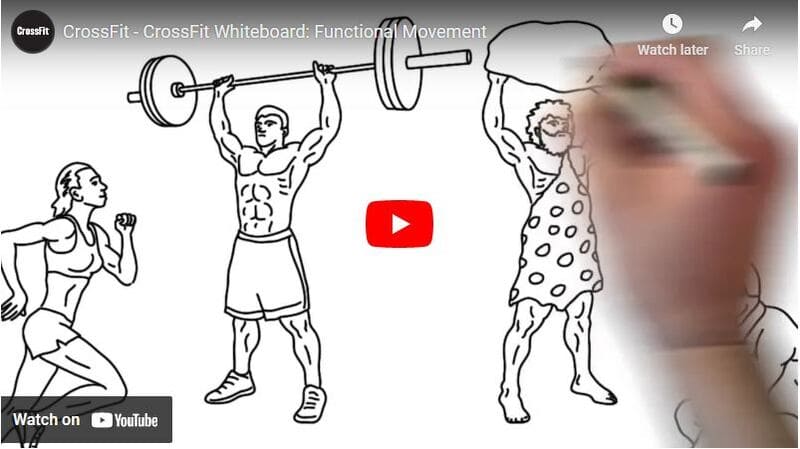 Words are often considered a less expressive form of communication than imagery. There’s hardly anyone reading this who has never heard the saying “A picture is worth a thousand words.”

But what if one could combine text with visual communication? In fact, this is exactly what kinetic typography does. This art of “moving text” evokes feelings in the audience, which plain text would not be able to achieve. And it does this through the creative use of color, font, size, and movement.

For this type of animation to be effective, all of its components should work together to establish a certain mood. This explainer by Spotify does exactly that. While watching, pay attention to the different elements of the video. The music, illustrations, the styling of the text, and its movement to the beats: all work in sync to achieve an upbeat mood. It makes you want to go and listen to music right away. 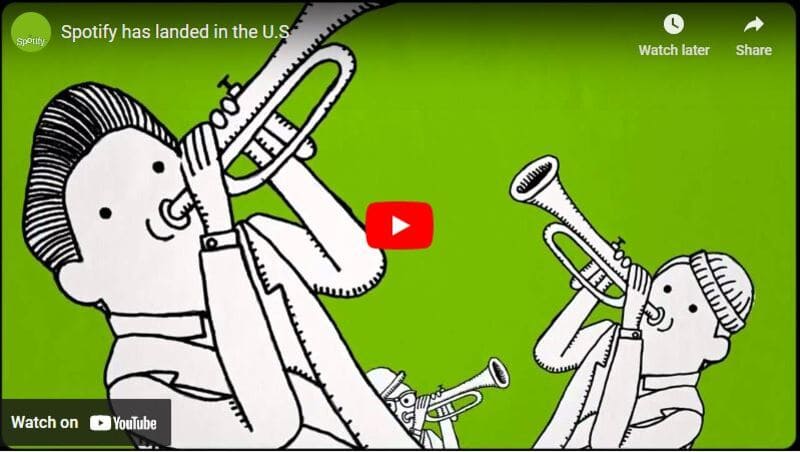 Feel like experimenting? You can create your own kinetic typography video with these templates.

A screencast is the video version of a screenshot. It is a recording of a computer screen, often accompanied by audio narration. This format comes in handy when you want to show how to do something on a computer. It can be a step-by-step tutorial for using certain software. Or it can be an explainer video that shows potential customers the benefits of your product and how to use it.

If you want to promote a software product, producing a screencast explainer is a great idea.

First, it is by far the most cost-efficient video solution out there. Second, your customers will know what they are signing up for. This means that qualified prospects are more likely to buy your product instead of hesitating if it’s right for them.

Here’s an example of a video that uses a screencast to present the process of creating videos. 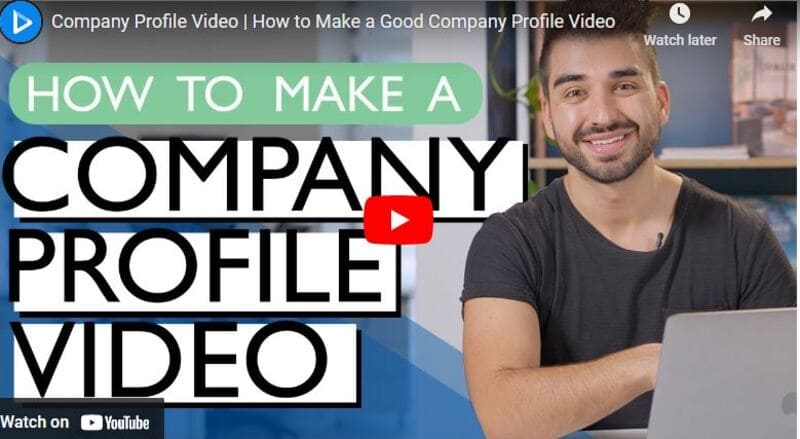 And we still haven’t mentioned the coolest benefit of screencasts. Any new software, besides its actual price, has the implicit price of the time spent learning it. A screencast explainer lowers this barrier to purchase. It shows your target audience how to use your product before they brush it off as too complicated.

The good news is that creating a screencast video is not that hard. In fact, you could make one all by yourself with some effort and a pinch of creativity. First, compose a script, as you would do with any other type of video. Then, think about the visuals that should go with each part of your script.

Once you’re done with the pre-production, start recording. There are lots of free and paid screen recording tools to help you at this stage. Don’t forget about the voice-over as well. You might need to invest in a high-quality microphone, especially if you intend to create such videos on a regular basis.

Later, in post-production, you can use editing software to cut the dull bits out. Use close-ups, creative transitions, background music, and sound effects to make your video more engaging.